Howka tribal members, As many of you know over the century there has been numerous stories about the SY Mission and the elusive mission bells.. Many stories have swirled around about who took them and or where they went.. This is a recent story..


A piece of a missing mission bell more than two centuries old soon will be back where it belongs, thanks to history sleuth Kathleen R. Frazee. 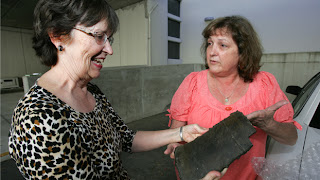 Fascinated by the mystery of the missing bells of Santa Ysabel, an asistencia (or sub-mission) of Mission San Diego de Alcalá, Frazee, a staff member in the Center for Oral and Public History, did some research.

In 1926, the mission’s two original bells, which date back to 1723 and 1767, from Santa Ysabel’s chapel disappeared. While the clappers were found the next day and returned in 1959, the whereabouts of the bell shells remained a puzzle — until last year, that is, when Frazee read an old oral history by the late historian Helen Smith.

Among the collection of Smith’s oral histories, which were donated to the center by her daughter, was an interview with an individual identified only as Anonymous.

The now-deceased unknown narrator, who Frazee learned was born the year the bells disappeared, told Smith the story he had heard from his father, an auto shop owner in Redlands who heard it from his friend, Fig Tree John.

The oral history most likely was recorded around 1975, Frazee said. In it, the narrator said that Fig Tree John approached his father saying three young friends had some metal that they wanted to have assayed.

“My dad said, ‘sure, bring a chunk of it in, whatever it is, and I’ll be happy to send it off to L.A. and have it assayed for you.’ So, Fig Tree said, ‘Fine, I’ll send them in and tell them where to find you.’ ” the narrator said. “I think this probably happened within a few months after the bells disappeared.”

The three friends brought in the brassy-colored chunks of metal that they had hoped were gold, according to the oral history, which indicates that the narrator’s father sawed off a small sample and sent it off for authentication, only to learn it contained “40 different metals, a wild combination of stuff. It was not just copper and zinc, it had multiple things in it.”

So, the narrator’s father tells Fig Tree John, who reports back to his friends, and they never returned to collect the pieces.

Curious, the narrator asks Fig Tree John where the metal chunks came from and hears this story: “It was a very rainy, stormy night. ... There were three or four of them. They had one or two acetylene torches. Literally, in the dead of night, they cut the bells into pieces that could be moved, and they stashed the things into gunnysacks — an eeny-meeny-miny-mo-kind of thing, approximating the amount of weight so that each of them had their fair share of these chunks and went off with them. And that was it.”

Upon hearing that account, the narrator recalled, “My dad said, ‘oh, for God’s sake, tell them to come and get them. I don't want them in my garage.’ Fig Tree John said, ‘Well, I’ll tell them, but ... if they don’t have any gold in them, they don’t have any more interest in them. They don’t want to be caught with the things.’ And, my dad said, ‘well, I don’t really want to have them either.’ And, so, Fig Tree John said, ‘dump them. That’s okay. Take them out to the city dump and get rid of them.’ ”

But, “my dad didn’t really want to do that. It ran against the grain,” the narrator continued. “So, he kept the idiot things and kept them clear up until he retired in the mid-’40s. The war was well on its way. He retired, sold the garage, and here is this old gunnysack full of chunks of bells. So, at this point, he took them home, and they were in his garage at home for a long time.” 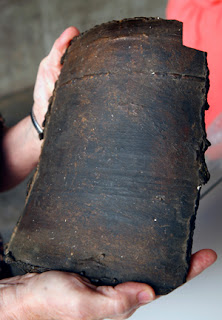 Later, the narrator, who had been using the top of one bell as decoration in his Lafayette home, said he read about the missing bells in a 1965 issue of Sunset magazine. Immediately, he recognized the top of the bell in the photo as a match for the one he had on display at his home and felt a need to write to Santa Ysabel, telling his father’s story.

He said his father had felt “a great deal of guilt” about how he ended up with the bell pieces, but was afraid to turn them over to authorities for fear of being accused of stealing the bells in the first place.

A Catholic priest, Father Nardi, paid the narrator a visit some weeks after receiving the letter and took the bell top back to the mission, promising not to divulge the name of the source. Today it sits in a museum at the asistencia.

Enough names and locations were mentioned in the oral history that Frazee followed the clues, made some calls and tracked down the narrator’s wife, who told Frazee she had a piece of one of the bells and would gladly hand it over to the center. The wife asked to remain anonymous, Frazee said, and it is unknown what happened to the rest of the missing bell pieces.

Last week, a center volunteer picked up the wife’s bell piece and delivered it to Frazee, who proudly clutched the 6.5-pound slab of metal to her chest, smiling wide with excitement.

“This is part of one of the oldest bells in California, maybe the oldest,” she said. “Isn’t it amazing?”

The center now is arranging a date to deliver the bell piece to Santa Ysabel, Frazee said.

“As historians, we record individual stories and memories,” Fousekis said. “When scholars and the public use one of these interviews, we expect them to do additional research to verify the historical facts and stories in them. In this case, Helen Smith's oral history helps solve the decades-old mystery of the missing mission bells. What a wonderful, surprising discovery! And, we have thousands of fascinating oral histories in our collections that reveal all kinds of untold and unknown stories like this about Southern California.”

Howka tribal members... there is a great new book out about the first all-women tribal council in the United States. The book is called You Can't Eat Dirt.. (read below the press release)
May 1, 2012, 6:00 a.m. EDT

SANTA BARBARA, Calif., May 01, 2012 (BUSINESS WIRE) -- "We are just dirt rich," admitted Vyola Olinger (later Ortner) in the summer of 1958, when, as chairman of the first all-women tribal council in the United States, she presided over "one of the biggest real estate deals . . . in the country" and the most consequential ever on Indian land. Released by the Fan Palm Research Project, You Can't Eat Dirt: Leading the First All-Women Tribal Council and How We Changed Palm Springs chronicles Olinger's trailblazing political career.
Part autobiography, part biography, this beautifully designed and thoroughly researched publication--filled with rare historical documents and archival photographs--tells the remarkable story of Olinger's rapid ascent in 1954 to the chairmanship of the Tribal Council for the Agua Caliente Band of Cahuilla Indians in Palm Springs, California. It explains how--against all odds--she and her fellow female tribal leaders came together during the 1950s to forever alter the destinies and fortunes of the Agua Caliente Cahuilla and, ultimately, of other tribes across this nation.
At the heart of this amazing success story is Olinger's campaign to maximize the potential of her tribe's primary economic asset--land. Olinger wisely understood that this profoundly underutilized resource could transform her people. Consequently, in a sequence of many "firsts" for the tribe, she pioneered innovative models of business development and progressive governance. At the same time, she built new and enduring relationships between the Agua Caliente Cahuilla and the city of Palm Springs, motivated to protect and enhance some 7,000 acres that the tribe owned within the city limits. She went on to fight for her people in the halls of congress, both in Sacramento and Washington, D.C., amending and creating historic legislation.
Among Olinger's most noteworthy accomplishments was the establishment of the right of tribal members to enter into long-term leases of reservation land--a radical departure from years-old restrictive Indian law and public policy. Signed by President Dwight Eisenhower in October 1959, this momentous legislation opened up entirely new business opportunities for the Agua Caliente Cahuilla as well as for other tribes throughout the United States.

At once an engaging personal testimony and an absorbing profile of an extraordinary political and business leader, this book is an essential addition to women's studies, Native American studies, US-Indian relations, tribal law, women business leaders, the history of modern Palm Springs, and the Agua Caliente Cahuilla.

For further information, including the full text of the press release for the book launch and author biographies, please visit www.youcanteatdirt.com .


Posted by Karen Vigneault Librarian at 10:13 AM 0 comments

IPAI WORD FOR THE DAY

Karen Vigneault Librarian
I am the one with the traditional basket hat on. The picture is of a group of Indian librarians.I am here to help tribal members needing help with research, needing information, looking for resources. Please email as I am at your service. I can help you navigate through the endless web and help you find or answer whatever you may need. kumeyaayindian@hotmail.com 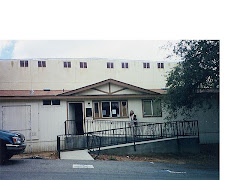 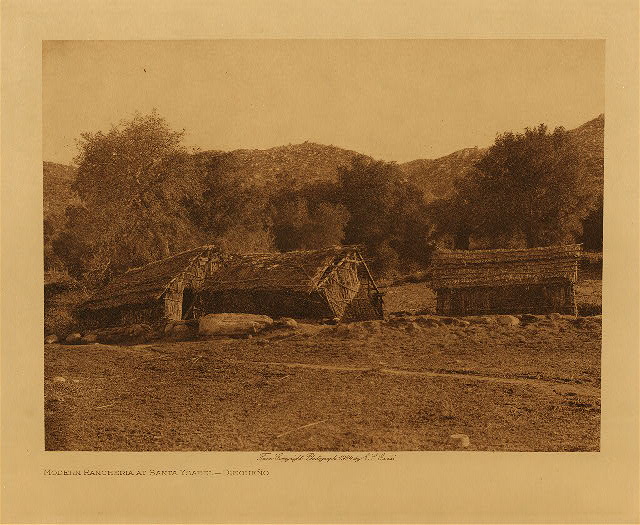